What turns a public group into an anger-driven mob is loss of path and leadership. Sometimes, we see it on the Right. On Saturday night at the annual memorial for PM Yitzchak Rabin, we saw it on the Left. I was privileged to stand at the forefront of the struggle against the Oslo Accords. I organized the most effective protests that Israel has ever known against the catastrophe that the Rabin government had brought upon us. Concerned citizens tied their hands and sat down on
30 views0 comments
Moshe Feiglin, Chairman of Zehut

From Zo Artzeinu to Zehut

Today, the 12th of Av, exactly 23 years ago, Shmuel Sackett and I, together with thousands of amazing people, blocked the roads in Israel, as part of the Zo Artzeinu attempt to stop the Oslo Accords. The country came to a standstill. It was the largest protest that Israel had ever seen. We did not succeed in stopping Oslo and its horrors because the Right, which won the next elections, had no alternative. It still doesn’t, until this very day. Israel is stuck in Oslo, it can’
23 views0 comments 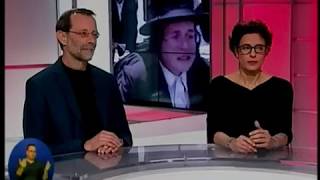 What is the Problem with Moshe Feiglin? Debate on Limits of Protest

Be sure to turn on the captions icon at the bottom of the screen. The answer to the question in the title is at 7:56. #Tamimi #legitimate #ZoArtzeinu
89 views0 comments