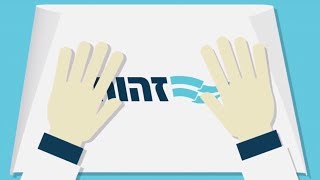 How to get Divorced

“Commanders for Israel’s Security” is the name of a very well-funded group that has posted their signs on billboards throughout Israel in an attempt to convince us to “divorce the Palestinians”. Beilin, Peres and Rabin convinced us of that in the past. It certainly did not bring “security for Israel”. Shortly after the Oslo Accords were signed, Deputy Foreign Minister Yossi Beilin attempted to calm public apprehension in Israel and said in a television interview: “The test of
48 views0 comments 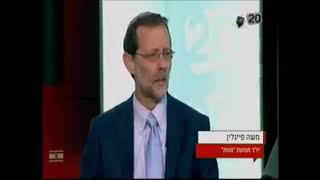 The Apology Speech Netanyahu Should Have Made

This is the apology speech that Israel’s citizens should have heard last night from the Prime Minister: Dear Israeli citizens, I stand here before you this evening feeling guilty. Please forgive me. When the Rabin government brought the Oslo catastrophe upon us, thousands took to the streets in protest. Against all odds, they swept me to my first electoral victory in 1996. Although the murderer Arafat gave me all the reasons in the world to walk away from the Oslo Accords, I
163 views0 comments
Moshe Feiglin, Chairman of Zehut

Until now, Israel has been paying protection money to Abu Mazen as part of the Oslo Accords. A portion of that money was sent to Gaza. For that reason, until now, the money sent to Gaza has been in Israeli shekels. Now that Qatar is sending the money through Israel, it is in dollars. The question is, why now, after Abu Mazen has once again declared that the Oslo Accords are null, does Israel continue to pay him protection money? “There is no diplomatic solution,” PM Netanyahu
29 views0 comments
Moshe Feiglin, Chairman of Zehut

Netanyahu must go home! From reports this week in Israel’s major newspapers, it appears that PM Netanyahu was willing to conquer Gaza on the condition that Abu Mazen would be willing afterwards to take it off Israel’s hands. Our IDF soldiers are ‘lucky’ that even though their prime minister was willing to send them to risk their lives in an impossible war in the alleys and tunnels of Gaza, the terrorist from the PLO was not willing to take it from the terrorist from Hamas – a
34 views0 comments
Nadav Halamish, Zehut Knesset Candidate

The Rabin heritage, for the generation that did not live and die in Oslo time

​In 1994 Prime Minister Yitzhak Rabin signed the Oslo Accords with mass murderer Yasser Arafat. In these agreements extensive areas of Judea and Samaria were handed over to the control of the Arabs and, in fact, by signing them the State of Israel declared that the country belongs to the Arabs and that the Jews are the bad guys. In addition, as part of these agreements the army of the Arabs of Israel was officially set up, that was called "the Palestinian Police", to which Ar
22 views0 comments
Benny Toker, Arutz 7

In response to Rabin's granddaughter's fiery speech at memorial, Zehut chairman speaks about what he sees as the real reason for the murder. י"ד בחשון תשע"ט, 10/23/2018 https://www.israelnationalnews.com/News/News.aspx/253641 Moshe Feiglin, chairman of the Zehut party, responded in an interview with Arutz Sheva to the aggressive speech delivered by Yitzhak Rabin's granddaughter Noa Rothman at the state memorial yesterday, Sunday, on Mount Herzl, in which she blamed the assass
23 views0 comments 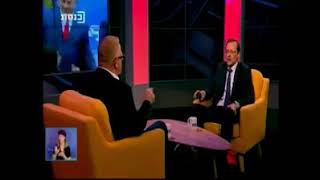 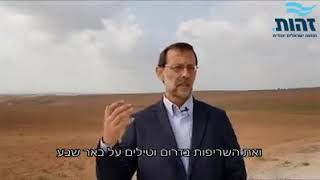 After the rocket attack from Gaza late Tuesday night that destroyed a Be’er Sheva home, Moshe Feiglin was interviewed on Moreshet Radio. Maybe the situation in Gaza has no solution? I do not agree. There is a solution for the situation in Gaza. But first we must define the problem. What is the problem? The problem is that we don’t want to win. We don’t want to win because winning means that we return to Gaza. And returning to Gaza means that we bury the ‘two-state solution’ a
27 views0 comments
Shimon Cohen, Arutz 7

Interview with Moshe Feiglin: “There is High Tide and there is Low Tide”

Translated from the Hebrew Arutz 7 interview: https://www.inn.co.il/News/News.aspx/383655 Moshe Feiglin, interviewed on Israel National News, sees the Oslo mentality, which he says has also become entrenched in Israel’s Right, as the basis of Palestinian terror - and talks about the polls that show him at 1.25 percent. Does Sunday’s murderous terror attack in Barkan herald the end of the era of co-existence that until now, more than a few of the Jewish residents of Samaria –
19 views0 comments
Benny Toker, Arutz 7

Arutz 7: 'The media ignores the disaster that Oslo caused'

https://www.israelnationalnews.com/News/News.aspx/251955 Former MK Moshe Feiglin, head of the Zehut party, on Thursday rejected Interior Minister Aryeh Deri's claim that he did not support the Oslo Accords and that he abstained during the vote in the Knesset only on the orders of Shas’ spiritual leader, the late Rabbi Ovadia Yosef. "Before the Oslo Accords were signed I established the Zo Artzeinu movement and led the fight against these agreements, including all the demonstr
15 views0 comments
Moshe Feiglin, Chairman of Zehut

Three major media outlets tried last week to arrange a live debate between me and Oslo architect, Yossi Beilin. Interestingly, their choice of representatives of each side shows that they all reached the same conclusion. The main figure who propelled the Oslo Accords forward and is still in the public eye today is Yossi Beilin. And the main figure who struggled to stop the Accords is yours truly. Beilin vs. Feiglin. All three attempts to arrange the debate went as follows: “H
27 views0 comments 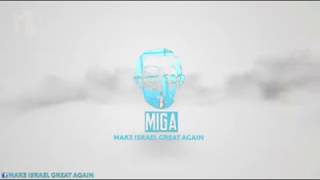 This week we commemorated 25 years since the signing of the Oslo Accords, which have trapped Israeli society into a never ending cycle of catastrophe. The Oslo Accords are the reason that Tel Aviv is threatened today by Hamas missiles and why the IDF is incapable of dealing with kites and balloons. Here is a reminder of some of the lowest of the low points of the Oslo Accords, brought to you by MIGA. Note that the first minute or so in English was recorded before the Oslo Acc
46 views0 comments 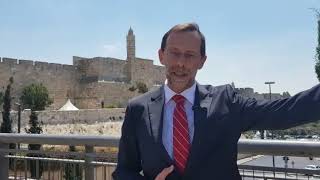 In a radio interview on Monday, Moshe Feiglin said that before Israel retreated from Gaza, the situation was paradise compared to now. Before Oslo there were no abducted soldiers in Gaza, no Gazan missiles exploding in Tel Aiv and Sderot and no incendiary kites and balloons in the Negev. In the army they taught us that if you get lost, you go back to the starting point. Instead of continuing to be lost, we have to go back to where we were. We must understand that Oslo has bee
10 views0 comments
Moshe Feiglin, Chairman of Zehut

On Friday, I joined up with our volunteers in Rishon Letzion and we hit the streets with a very lively and productive campaign push. At one point, a man in Chassidic garb came over to me from a Chabad stand nearby. Something about his eyes was familiar, but I couldn’t place him. He shook my hand warmly and said: “23 years ago, I looked completely different. We followed you in blocking the Rose Garden intersection as part of the Zo Artzeinu protests against Oslo. In the evenin
30 views0 comments
Moshe Feiglin, Chairman of Zehut

Over this last week, the IDF dealt with the mortar fire from Gaza by employing smart missiles that take out the mortar shell while it is in flight. Strange, isn’t it? Guided missiles against mortar shells? But for Israel’s citizens, it seemed perfectly normal. When Rabin, Peres, Netanyahu and Sharon shook the hand of the head of the Organization for the Liberation of Palestine – all of it – Israel lost much more than territory. Israel lost the justification for its sovereign
31 views0 comments
Moshe Feiglin, Chairman of Zehut

A Tale of Two Cities

I thought that, similar to the past, as soon as quiet in Israel would be restored, the piano on the Titanic would resume playing and nobody would bother thinking about Gaza anymore. But something good (and unusual) is happening. The day of rockets that we suffered on Tuesday continues to reverberate in Israel. Apparently, Israel is beginning to wake up from the Oslo stupor. Parts of Zehut’s solution are beginning to be voiced by Israel’s ministers. Our clear voice is beginnin
48 views0 comments
Admin