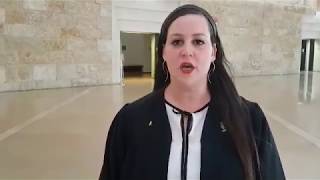 The Zehut Party petitioned the High Court on Wednesday evening, on the grounds that the current formulation of the rules for the expenditure ceiling for campaign funding are adverse to Zehut’s Open Primaries. The party petitioned the High Court with a request to recognize all those with voting rights in Israel as the potential voting body and to recalculate the funding ceiling for the candidates accordingly. After the petition was served, Moshe Feiglin said: “The Zehut Party
25 views0 comments
Moshe Feiglin, Founder of Zehut

Without Vision, Politics is the Name of the Game

Yesterday I was interviewed on Israeli TV on President Rivlin’s speech this Tuesday. In his speech, Rivlin said that a battle is being conducted against the ‘gatekeepers’, claiming that they are motivated by political considerations. “They are crying,” Rivlin directed his words at the Prime Minster and his aides, “saying that from the justice system and through to the army, everything has become political.” The problem with Rivlin’s speech is that everybody is right. When a n
33 views0 comments

MK Amir Ohana has just proposed an eminently important bill - to make the position of legal advisor to the government ministers a position of trust. The opposition of the Left, led by the Civil Service Commissioner, highlights the two basic approaches contending against each other here in Israel. The first approach says that the nation is sovereign and should conduct its national issues by means of its elected representatives. The second approach says that a self-appointed el
24 views0 comments